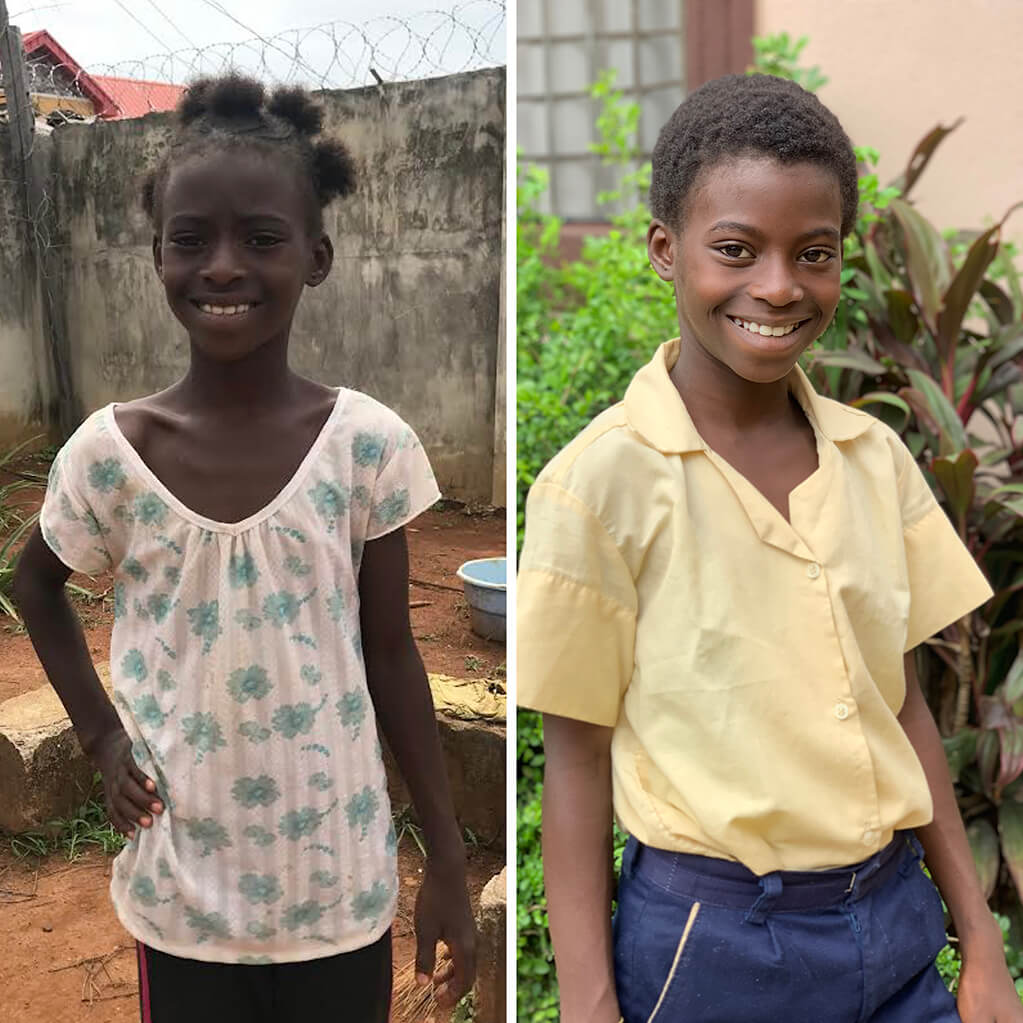 When we first met Tayo, it was through word of mouth. We had been doing a community assessment when a volunteer who lives in her community told us she would benefit from our program. We tried to meet Tayo to learn more – but could only meet her mother. Tayo at that point was ill. We mobilized her hospital bills and began to learn that she was a 9 year old who had never been to school but would walk around the community – asking adults to teach her to learn. We also heard about the acting and stunt skills she’d display in the community – which often got her in trouble with her stepfather.

We knew almost immediately that Tayo was the one for our academy. Constantly walking around the community in search of learning opportunities posed a big risk to her as a young girl.

We however worried about Tayo’s health as it seemed she was always falling ill – we assumed that she was a sickle cell kid and at that time, we had no resources to manage girls with this genotype.

Notwithstanding, we went ahead to do our enrollment tests for Tayo and at her medical check – we found out she had the Genotype AA. Medical reports showed that her constant illness was due to the environment she lived in.

We immediately swooped into action and had Tayo enrolled into the Dream Catchers Program. She started in class Nursery two.

Tayo remains the top in her class academically and is a natural at acting. Having suffered abuse and neglect, Tayo’s self esteem is still on the low and we are constantly working with her – to gain her confidence and to celebrate the star and uniqueness of Tayo.

About the Dream Catchers

When girls grow up healthy, educated, safe and empowered, they can fulfill their potential to be leaders in their communities, countries and the world.

Dream Catchers Academy for Girls is a program of The Dream Nurture Foundation. Creating a future for orphaned and indigent girls through quality education, arts and leadership and life skills.